Posts │ CIES counts with a key mechanism in order to strengthen the relations with the public sector: the Public Sector Consultative Council, a multisectoral participation space intended to contribute to a better understanding of the problems and create shared visions, focusing on public policy priorities of the country. 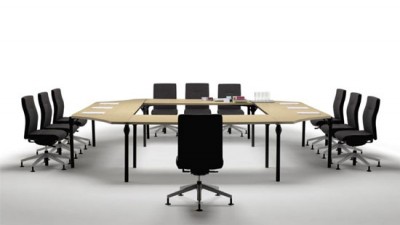 The Economic and Social Research Consortium (known as CIES for its Spanish acronym) is a Peruvian think tank with 48 institutional members, including prestigious universities, research centers and think tanks located in twelve regions of Peru. CIES policy influence efforts are based on the dissemination of policy-relevant ideas resulting from CIES sponsored research, as well as on its convening capacity to generate multi-institutional spaces for policy engagement.

The institutional structure of CIES plays a key role in fulfilling its mission, being composed not only of representatives of partner institutions, but also the public and private sectors, civil society and donors. In 2008, CIES established the Public Sector Consultative Council, which involves the participation of relevant sector representatives such as ministers, senior officials, congressmen, heads of key institutions such as the Central Bank and regulators. This council aims to strengthen the link between the academic and the public sectors. It is a multi-sector participatory space that intends to contribute to a better understanding of problems and generate broadly-shared visions, focusing on public-policy priorities and building capacity in the country.

Thus, discussions at council meetings focus on determining priority areas for economic and social research for the public sector with a view towards identifying research topics worthy of being funded through CIES’s annual research grants competition. Through this body, CIES also interacts with ministers and senior officials of other governments in Latin America, researchers, representatives of civil society organizations, think tanks and universities worldwide.

While the previous Public Sector Consultative Council involved representatives of the Congress and other institutions with high relevance among the Peruvian policy community, the current Council consists of eleven members who are policymakers working on different ministries (Finance, Health, Labor, Education, Agriculture, Social Inclusion, Production, Environment, External Affairs, Trade, some of them coming from academia) and two senior government officials (a representative of the Central Bank and a representative of the Regional Governments). The Council’s composition tries to reflect the priority policy issues addressed by CIES in topics such as environment, health, education, regulation, employment, poverty, decentralization, finance, and others.

Since its creation, the Public Sector Consultative Council has had six meetings. The agenda is determined by CIES’ Executive Office taking into account various factors: political and social context, important institutional events, and others. Meetings have a brief format, and usually begin with presentations by leading economists (i.e.: Nobel Prize winners or internationally renowned economists).  Meetings proceed to a round table in which state representatives share their requests for information and research. CIES, then, is committed to incorporate them to its annual competition basis.

For instance, in 2009 the Council recommended to focus on employment (i.e. the impact of trade agreements on employment, and the relationship between formal and informal employment in the economy); infrastructure development; policies in rural development; the need for a gender impact analysis related to issues like employment, poverty and effects of the international financial crisis; natural disaster prevention and management, and population resettlement.

One year later, in the 2010 Council’s meeting, the attendees expressed that their priorities were issues such as decentralization and the new role of state policies, policies promoting small and medium enterprises, and social and human development policies.

As a response to the Council requests, eleven studies were supported by CIES. Those studies were presented to several members of the cabinet, staff of advisors and senior managers. The format of the presentation requires that one of the officials previously reads the study so that he or she can comment on the findings. Then, a debate regarding the study and its implications for public management takes place. After that meeting, the process continues with a stage of ‘media visibility’, which starts with a joint conference between a ministry, staff advisors and the researcher.

To work on a research agenda, CIES has documented the needs and requirements of the Council in the first chapter of two publications: “Economic and social research in Peru, 2004-2007: balance and priorities for the future” and “Economic and social research in Peru. Balance of research between 2007-2011 and agenda for 2012-2016”. The books are part of a broader series intended to be a nexus between researchers and their work with the public and private sector.

In addition to identifying information needs, the Council seeks to strengthen the link between the Peruvian academic community and the state. In that sense, the Council also serves as a policy influence mechanism: it allows fluent contact with government agencies, establishing itself as a communication channel with key policy stakeholders, and underpinning CIES sustainability as a relevant institution for national affairs.

Finally, it should be noted that the political context is very important when devising this type of institutional mechanisms. In Peru, research is increasingly recognized as an input to inform decision making (mainly due to a “revolving door” scheme whereby researchers leave their institutions to enter politics and public office, but then return to academic life). For instance, the Ministry of Social Development and Inclusion (MIDIS) is promoting a new approach for policies, based on the use of evidence for decision-making on development and social inclusion; moreover, the Direction of Evaluation of Public Policies, within the MIDIS, holds two areas named “Evidence Generation” and “Evidence Management”; the latter aimed at promoting the use of evidence in policy making.

The Public Sector Consultative Council has proved an effective space in terms of CIES´ goals and priorities. Would this kind of mechanism intended at linking research and policies work in other contexts where research is less appreciated among the policy community? Also, this kind of bodies may entail challenges in terms of plurality and independence: how are its members selected? How is their governance structure shaped? Rotating memberships and political and sectorial diversity, among other factors, should be borne in mind when considering creating similar mechanisms in order to ensure they are consistent with the organisation’s mission, goals and identity.

By Leandro Echt, Coordinator of the Influence, Monitoring and Evaluation Programa at CIPPEC, in collaboration with Iliana Carrasco Díaz, Media and Public Relations Officer at CIES. The articlle is also available at Politics&Ideas. Also available in Spanish.